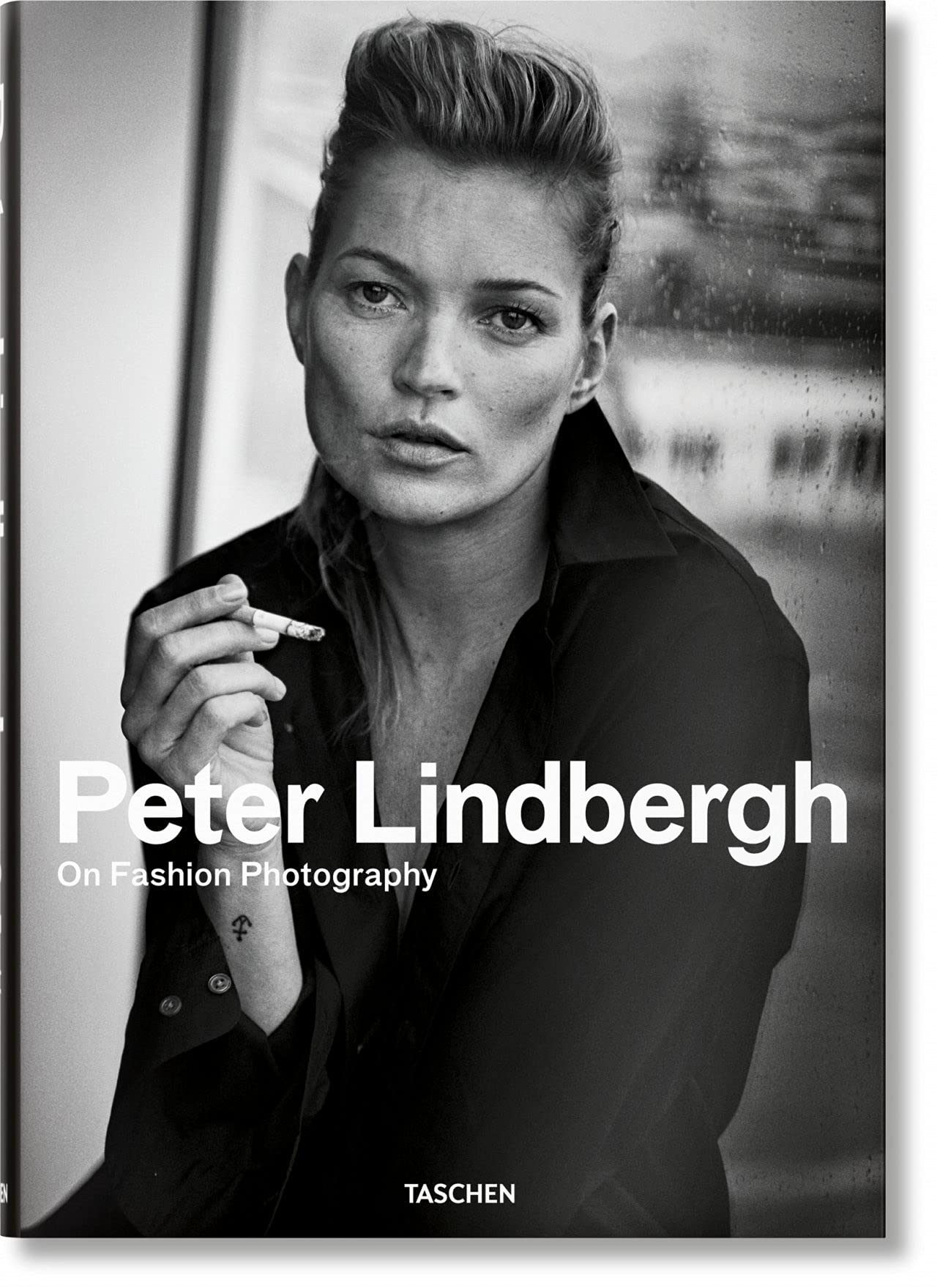 Follow Peter Lindbergh across four decades of pioneering fashion photography. Through countless collaborations with the most venerated names in fashion, the German photographer created new narratives with his humanist approach, which resulted in iconic shots at once introspective and appealing. This book features more than 300 images, many previously unpublished, as well as an updated introduction in which Lindbergh establishes his sentiment on “so-called fashion photography”.

The photographer who altered the landscape of fashion photography

Widely considered a pioneer in his field, Lindbergh shirked the industry standards of beauty and instead celebrated the essence and individuality of his subjects. He was pivotal to the rise of models such as Kate Moss, Naomi Campbell, Linda Evangelista, Cindy Crawford, Mariacarla Boscono, Lara Stone, Claudia Schiffer, Amber Valletta, Nadja Auermann, and Kristen McMenamy. Lindbergh’s reach also extended across Hollywood and beyond: Cate Blanchett, Charlotte Rampling, Richard Gere, Isabelle Huppert, Nicole Kidman, Madonna, Brad Pitt, Catherine Deneuve, and Jeanne Moreau all appear in his works. From the picture chosen by Anna Wintour as the cover of her first Vogue issue to the legendary shot of Tina Turner on the Eiffel Tower, it is never the clothes, celebrity, or glamour that takes center stage in a Lindbergh photograph. Each picture conveys the humanity of its subject with a serene melancholy that is uniquely and unmistakably Lindbergh. From the outset of his career, Lindbergh was well-known in the contemporary art world, where his photographs were exhibited in galleries long before they appeared in magazines. This edition features an updated introduction adapted from an interview in 2016, allowing a glimpse behind Lindbergh’s lens, where the photographer recounts his early collaborations, the tenuous relationship between commercial and fine art, and the power of storytelling.

Peter Lindbergh was the first to photograph the original supermodels, the first to shoot a Pirelli Calendar three times, and the first ever to get behind a camera for the cover of Anna Wintour’s U.S. Vogue. It is these extraordinary achievements that kept him at the very top of the international fashion and celebrity world throughout his career. But beyond this dazzling list of firsts, Lindbergh is also known for having created compelling narratives of enduring beauty. In monochrome, his penetrating portraits celebrate beauty in myriad guises, and, particularly, across time and age.

We will be happy to hear your thoughts

Get £10 Discount on Amazon App Purchase

Health and Beauty 67
Deal of the day

Topukdeals.net is a completely free site where you can get the best deals and discounted coupon codes every day. All images are copyrighted to their respective owners. All content cited is derived from their respective sources.